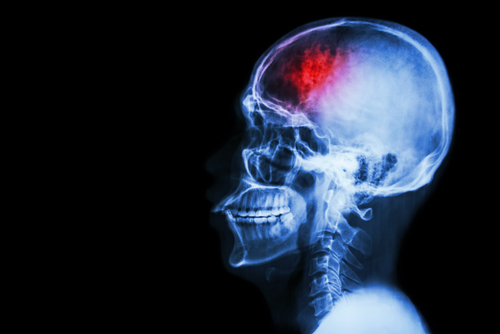 A traumatic brain injury can be sustained in a number of ways, though falls are generally the leading cause of this in individuals of all ages, particularly those over the age of 75.

Some of the most common causes of traumatic brain injury include:

Common symptoms of a traumatic brain injury include:

These symptoms can either be mild or severe, depending on the brain injury. Here is a breakdown of mild, moderate, and severe brain injury symptoms:

This is also referred to as a concussion. A person who sustains a concussion might not lose consciousness or, if he or she does, it will last for 30 minutes or less. Symptoms often do not appear in the immediate aftermath of the accident and, once they do surface, usually clear up in a matter of hours, days, or weeks. It is possible for them to last months, or even longer.

Unconsciousness will last longer than 30 minutes. Symptoms of a moderate traumatic brain injury are much like those of a mild one, though more severe and long-lasting.

A person who sustains a severe traumatic brain injury will experience unconsciousness for longer than 24 hours. Given the seriousness of this injury, symptoms will be long-lasting and may even result in some long term damage to the brain.

A substantial amount of research has been done throughout the years, which have indicated a link between dementia, such as Alzheimer’s disease, and moderate or severe traumatic brain injuries. For those who experience repeated traumatic brain injuries, which is often common for athletes or combat veterans, the risk is even higher. Many of these individuals eventually develop a brain condition known as chronic traumatic encephalopathy (CTE), which causes aggression, depression, difficulty thinking, and lapses in memory. Unfortunately, in cases of CTE, a definitive diagnosis cannot be made until after a patient dies, and a thorough autopsy is performed.

At Kempton & Russell, our Sedalia brain injury attorneys have been handling complex, challenging claims involving brain injuries for over 60 years. Our lawyers are prepared to effectively settle these claims, but we are also prepared to take any case to trial if that is what it takes to achieve the best possible outcome. Our goal is to maximize compensation for our clients, so they can be relieved of any financial burdens associated with this serious injury.